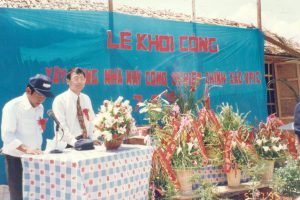 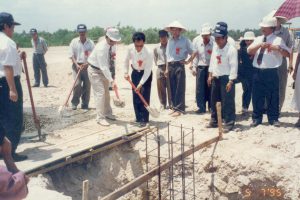 1995 The first factory was built in a land area 15,340 m2 with equipments such as a pressing machine, welding machine, robot welding and bending machine, etc., to begin the mass production of motorcycle parts.

1996 A liquid painting and powder coating lines were set up, which increased legal capital up to 5,267,820 USD and we added automobile components, wheel chair, trolleys and computer chairs to our manufacturing products.

2001 VPIC and BRP business relationship started which gave us the opportunity to switch to the global market.

2003 VPIC’s total assets increased to 20,958,344 USD and we begin the mass production of ATV’s, CBU & OEM parts exported to USA and European markets.

2010 NISSIN Award for VPIC as the best supplier.

2017 NISSIN award and BRP award for GPMI as their best supplier obtained as well as increasing the capital investment with high-tech equipment. Extending our manufacturing capabilities to the bike industry. ISO IATF 16949:2016 certified.